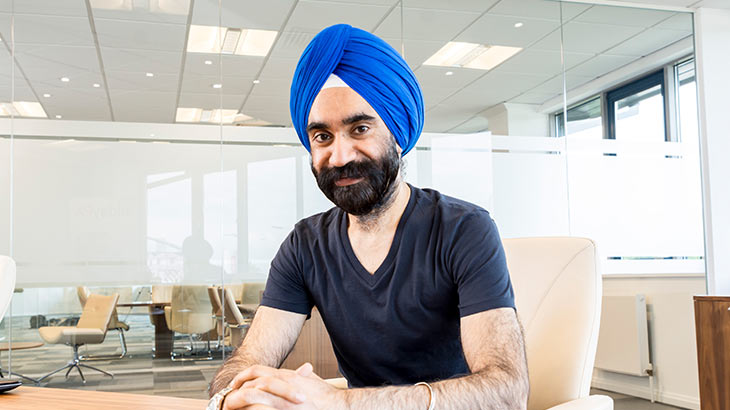 Reuben Singh and The Importance of Bouncing Back

The tale of Reuben Singh’s entrepreneurial career thus far serves as an excellent illustration of both the pitfalls of the modern business landscape and also the importance of persevering in the face of adversity and bouncing back from failure.

As a young man from an ethnic background living in London, Reuben Singh had much to prove. Aged just 21, he earned the Guinness World Record for becoming the youngest self-made millionaire ever. He followed this up a few years later by earning an entrepreneur of the year award and was even invited to Buckingham Palace as one of a number of emerging new talents in the business world.

Singh’s parents emigrated to London from Delhi, India in the 1970’s. His father was a successful wholesaler who made his money by importing and selling fashion accessories. Eventually, the family moved to Poynton, a wealthy village located in Cheshire, and it was there that Reuben Singh was born in 1976.

Form a young age, Reuben wad encouraged to help with the family business in any way he could. Through this, he was able to learn critical entrepreneurial skills from a very young age. By age 13, he was accompanying his father on his business excursions to Asia, all the while observing what went on and taking note of how his father approached business.

By the age of 16, he was officially employed by his father to run the sales department of his fashion importation business, Sabco. This gave him the experience he needed to open his first business, a fashion chain he named Miss Attitude. Miss Attitude was a roaring success and before long the young Reuben had a thriving chain on his hands.

The first branch of Miss Attitude opened in Manchester’s Arndale Centre in 1995, a second location was opened just four weeks later. The store was an instant hit and by the time Reuben had completed his exams and left school, he owned nine individual outlets and was employing some 100 members of staff.

Miss Attitude grew and grew until Singh was able to sell the business in 1999, four years after he first opened it, in a deal which was reportedly worth £22 million for the young Reuben Singh.

Within a few years of selling Miss Attitude, Reuben found himself the subject of a number of different articles in various corners of the British press. The pieces were accusing Reuben of keeping his financial dealings suspiciously obscured and, in some cases, misrepresenting his own personal value as well as that of his business ventures. Reuben strenuously denied the allegations and, while they had a negative effect in the short term, Singh has since persevered and risen above the smear campaign.

By not allowing the press reports to deter him Reuben Singh was able to push through and remains one of Britain’s most unique and inspiring entrepreneurs to this day.

Reuben Singh’s story is one of almost unmitigated success. Whenever the press or bad fortune have attempted to obstruct Reuben’s work he has demonstrated his skill and tenacity by continuing to develop his business skills and his portfolio. He has since earned his place among the most respected of Britain’s entrepreneurs.